There’s no such thing as a perfect parent and we all  have regrets. I’ve hesitated to share my parenting regrets because, frankly, I don’t like thinking about them and because I don’t want to be judged.  Recently, I’ve done some soul searching and have come to terms with my biggest parenting regrets.  I’m ready to talk about them and how I’m moving past the regret and guilt.

I Regret Not Having a Water Birth

When I became pregnant with my oldest son, I knew I wanted to have a drug-free labor and delivery.  I also really wanted a water birth at home.  My husband was less than keen on the idea of a home birth, though.

As a young mother (I was 22 when my oldest was born) and a new wife (My oldest was a ‘honeymoon baby’) I was scared to take on something as alternative as home birth was at that time without the support of my husband.  When the look on his face told me that an at-home water birth was the craziest thing he’d ever heard of, I immediately dismissed the idea.  Still, deep in my heart, that was my ideal way to give birth.

During a long, slow, excruciating back labor with my oldest son, I chose both Demerol and an epidural. When it came time to deliver my 2nd and 3rd child, I was too afraid of another long intense labor to consider water birth again.  As it turns out my labors were only 6 hours and 11 hours.  Neither was as painful as my first labor, but I still chose an epidural because I was afraid I couldn’t cope with the pain.

I’ve always regretted not insisting on a home birth for my second two deliveries. Unless we have more children,  I’ve lost the chance to have a birthing experience that I really wanted and to know that I could power through labor and delivery without the help of drugs.

I Regret Introducing Sugar Into My Children’s Diet

There’s not much cuter than a 1-year-old baby chowing down on a smash cake on his 1st birthday.  However, I wish I hadn’t been so darned excited about my boys’ first taste of sugar.

Sugar is like crack.  (No, seriously.) Once you get a taste, you want more.  As American children, my boys were going to be introduced to sugar at some point.  It’s unavoidable unless you want to be “that mom”.  (And I don’t.)

In hindsight, I wish we’d known more about how terrible processed sugar is before my children became accustomed to me buying them a candy treat when I did my weekly grocery shopping or before they discovered the yumminess that is a gooey boxed brownie mix.  (Oh, it’s terrible for you, but do you really deny how good it tastes?)

The start of our real food journey would have been much easier if my children hadn’t already had a taste for processed sugar.

I Regret Having My Children Too Close Together

My oldest two children are 25 months apart.  My 2nd and 3rd children are 29 months apart.  I planned my children to be around two years apart.  But now I’ve learned a little more about maternal nutrition and its effects on children, I realize that while my body powered through my first pregnancy like a champ, it probably wasn’t ready to handle babies #2 and #3.  In addition to me experiencing a miscarriage, my youngest two children likely didn’t get the same start nutritionally that my oldest son did.

Let me be clear – I don’t regret practicing attachment parenting.  Not at all.  I’m grateful for it, I recommend it and it changed how I performed my role as a mother for the better.  But, one of my biggest parenting regrets was becoming lost in attachment parenting.  I became a fearful parent who was always concerned about how every little thing would affect my child on a greater scale.

I failed to establish a healthy balance between mothering and time for myself, which was critical to my introverted nature.  I made parenting harder than it had to be and worried about things that now seem silly to me such as leaving my child with a sitter so I could have a date night or a girl’s night.

I Regret Having My Boys Circumcised

I saved this one for last because it’s the most difficult one for me to talk about.  If I was only allowed one parenting regret, this would be it.

When we found out we were having a boy, my husband and I did not agree on the subject of circumcision.  I didn’t want to do; he did.  I talked with my doctor who assured me that most of the babies slept right through it. I wasn’t sure I believed him, but with no further recourse and against my better judgment, I relented and allowed my son to be circumcised.  (Remember this was 2001 and the internet was not yet a good source of information on the subject.)

When my second son was born, I wasn’t happy about it, but again, I had no argument to present outside of my intuition.  When my third son was born, I didn’t want to go through with another circumcision so I talked with the boys’ pediatrician about it.

He towed the party line and promised me that the babies didn’t feel pain for long, most of the slept through it and that using a numbing agent was the cause of many botched circumcisions.  Then he told me about his own circumcision at 18.  His parents had decided to leave it up to him to decide whether or not to be circumcised and he did it as soon as he was an adult. He said he wished that his parents had had it done when he was an infant. I pushed aside my mother’s intuition and allowed my third son to be circumcised.

For me, the regret is more an issue of not holding my ground when it came to what I thought was best for my children and allowing myself to be scared into doing something I didn’t really want to do.  I learned a lot from that experience, but not until after I stopped beating myself up about caving to pressure from well-meaning, but frankly, patronizing professionals.

How I Moved Past My Biggest Parenting Regrets

In the long run, I’ve discovered, it’s all about doing the best you know how to do at the time.  There is little you can do, outside of neglect and abuse, to mess it up completely when it comes to parenting.  If your decisions are loving and you give your children the best you’ve got, they’ll be fine and so will you be.

If you’re struggling to move past your biggest parenting regrets, here are some things to consider.

Give yourself permission to drop the parenting guilt

None of us wants to reach the parenting finishing line (if that actually exists) and have regrets. That’s normal.  But sometimes a healthy dose of conscientiousness is converted into an unhealthy dose of guilt. Give yourself permission to drop the guilt.  No one can be her best self with a load of guilt hanging around her neck.

Forgive yourself for your parenting mistakes

We all make mistakes as parents.  Show me a perfect parent and I’ll show you a perfect liar.  As I’ve said before, when you know better, you do better.  (Actually I think Maya Angelou said it first.)  It’s that simple. Forgive yourself and get on with doing better now that you know better.

Stop comparing yourself to other moms

You are the best parent for your child and that other mom is the best parent for her child.  Stop comparing yourself to her.  Your child is not her child.  Your situation is not her situation.  Sure, you can pick up tips for handling parenting issue from other moms who have been there, but comparing your failures to her successes is pointless.  It takes away emotional energy that you could be spending on bettering yourself or connecting with your children.

Resources for Dealing with Parenting Guilt 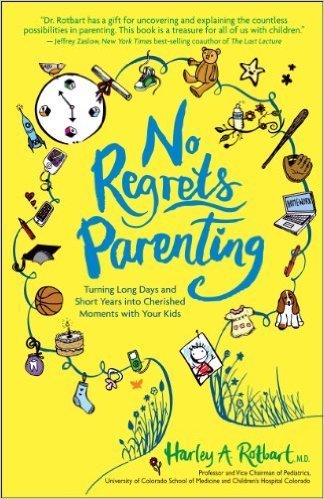