When I worked as a marriage and family therapist I attended my state Marriage and Family Therapy association’s yearly conference.  One of the workshops I attended was about emotion regulation in couples therapy.  The presenter was Douglas K. Snyder, Ph.D of Texas A&M University.

Dr. Synder revealed to us some statistics about marriage counseling that startled me.  According to the information in his presentation the good news is that about 60-70% of couples do improve with therapy.  However, this is based on the partners’ average score of improvement.  Unfortunately, the bad news is that “approximately 35% of couples fail to show significant improvement in response to couple therapy.”

Some other points that Dr.Snyder made include:

*Thud*
That’s when I became disillusioned with marriage therapy.

Marriage is Hard Work and so is Marriage Therapy

I recalled the couples I had worked with prior to the workshop and agreed that marriage therapy is difficult.  Maybe the lack of success I’d seen had everything to do with my newness as a therapist.  And then I remembered the case that my supervisor (a seasoned therapist) had me sit in on for “fresh eyes” because she had come to a point of not knowing what else to do with a particular couple.  I was able to offer some new ideas and suggestions, but it is likely that this couple will remain in therapy indefinitely.

So, if marriage therapy doesn’t lead to marital success 100% of the time, what’s a couple to do?  How can you repair a marriage that’s headed toward destruction?

Dr. John Gottman has some of the best research and practical information to be found on marriage.  He lists the Four Horsemen of the Apocalypse  who’s presence in a marriage can foretell marital distress and eventual divorce.  The “four horsemen” include:

You can find out more about Gottman’s work and about ridding your marriage of the four horsemen in Dr. Gottman’s book The Seven Principles for Making Marriage Work: A Practical Guide from the Country’s Foremost Relationship Expert

.  (This was required reading in my graduate program and I highly recommend it.)

If you don’t see the four horsemen in your marriage, if your issues don’t seem that severe, I suggest Divorce Busting: A Step-By-Step Approach to Making Your Marriage Loving Again by Michele Weiner Davis.  Michele Weiner-Davis is a marriage therapist and author.  We were required to watch several videos of different psychologists and therapists in one of my graduate courses and I was so impressed by her presentation that I switched from Professional Counseling to Marriage and Family Therapy.  Weiner-Davis uses Solution-Focused Therapy, a model of Marriage and Family Therapy, and the one that appealed to me most for couples who are not dealing with the crisis of an affair or other trust-breaking issues.

Should You Try Marriage Therapy?

If you are unhappy in your marriage and are skeptical about the efficacy of marriage therapy, you are not alone.  The truth is that a marriage cannot be saved by the work of one partner.   Too often it is one partner who truly seeks to make changes and finds that despite all of his or her work the marriage is still troubled.

My best advice is for that partner to work only on him or her self, not the marriage and not the other partner and then decide if the marriage is worth saving.  Set strong boundaries about what you expect and what you will not tolerate and what the consequences will be for crossing those boundaries.

When those boundaries are crossed, be strong enough to administer the consequences. This is where counseling or therapy is helpful.  With the support and encouragement of your therapist you can set realistic, healthy boundaries and enforce them.

My approach is more easily accomplished in individual therapy than in marriage therapy.  Many times one member of the couple won’t seek therapy for him or her self if the other partner refuses to go as well.  Sometimes one partner getting healthy leads to a marriage dissolving.  Sometimes it makes the other partner wake up and do his or her part so that marriage can become healthy as well.

When trying to save your marriage, it’s important to work on yourself first.  Only when two emotionally healthy people come together can a marriage work.  Individual therapy for both partners is a great first step toward healing a marriage or finding your freedom from a marriage that can’t be fixed.

Check out these great resources: 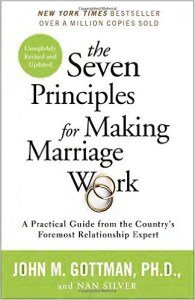 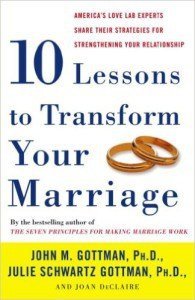 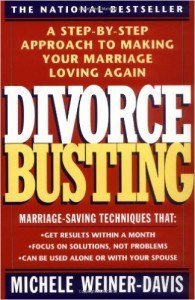 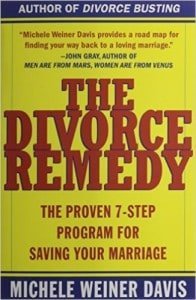 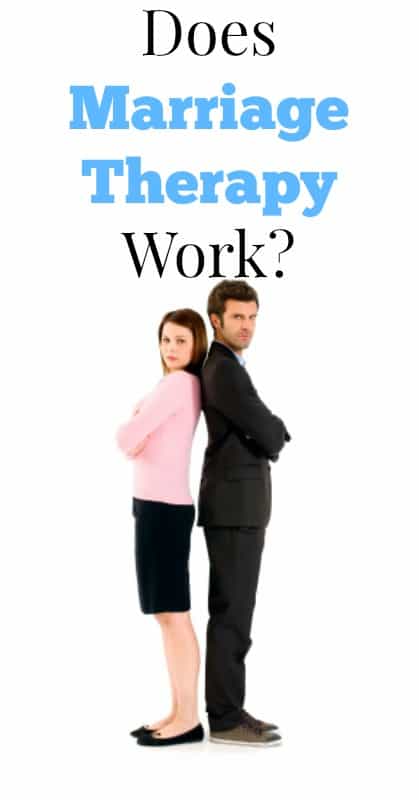