How To Stop Your Child From Whining

How To Stop Your Child From Whining 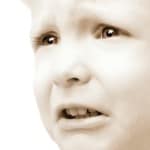 How to Stop Your Child From Whining

There are few things more grating than a whining child, right?  Sometimes around the age of 2.5-3, when a child as an arsenal of words to use, but can’t always seem to figure out how to use them to express him or her self, whining begins.

I remember the stage well with all three of my boys.  Naturally, their whining most often occurred when I’d told them no to something and they realized I was serious.  I learned a lot in those year while trying to get them to stop whining, but ultimately I became creative and figured out what worked best for each child.  Here are my best tips for getting your child to stop whining.

Rule Out the Obvious Reasons that Kids Whine

When your child is whining, ask yourself the following questions:  1.  Is he chronically tired and crabby? If so, there may be some sleep or diet issues involved if the whining is excessive.  2.  Does she have any special needs that need to be considered?  If so, there may be some special behavior modification techniques a therapist could help you with.  3. Does his tiny voice sound whiny simply because of it’s tone and childlike quality?  Make sure he’s actually whining 100% of the time you think he is.  It could just be his voice. (This was often the case with my youngest son who had a sweet, sing-song voice and speech issues.)

Once you rule out the above questions and know for certain that you are, in fact,  dealing with a whiny, neurotypical child, read on for my suggestions.

4 Ways to Stop Your Child From Whining

The whining usually continues not only because it’s a typical behavior for young children age, and because your child truly feels deeply about what he or she is saying, but also because it’s working for them.  If you give in to your children’s whiny requests, they will continue to whine to get what they want. While most children will naturally outgrow this annoying stage, there are some things you can do now to lessen the whining and build your relationship with your children.

When your child approaches you with a request or an objection and presents it with a whine, say to him, “Oh, I’m sorry, I don’t speak Whinese.  This is how we say it in English (or the language you speak at home):  “Mommy, may I have some water, please?”  or “Mommy, I don’t want to go to bed right now.”

Model for him how to say it.  And then, the first couple of times, answer his request without any further ado.  (Get the water for him or explain in a loving, yet nonchalant, way that you realize he doesn’t want to go to bed, but that it’s bed time.)

Give Your Child a Do-Over

After you’ve been modeling how to ask for something in an appropriate manner for your child for a couple of days, do the “try again” method.  When she whines her request, you say, “That sounded whiny–try again!”  Give her the words to say so that there is no confusion on her part about how to approach you.

This step is likely to cause tantrums at first.  In our home, we did nothing to extinguish tantrums at this age (2.5-5).  We allowed our boys to have their gigantic feelings, but we also didn’t coddle them during a tantrum.  As long as they were safe and couldn’t hurt themselves or others, they were welcome to lay on the floor and scream if that’s what they needed to do. We most often moved to another room to protect our ears and our sanity.  It only took a few ignored tantrums to get them to at least repeat their request in an appropriate manner when prompted.

Does Your Child Truly Whine ALL The Time?

Your child probably doesn’t whine everything he says.  It is very important to catch him expressing himself correctly.  When he asks you for something in an appropriate voice, let him know he did it well. The positive feedback goes a long way toward helping a child to feel capable of getting his needs met. That is important to a child’s sense of autonomy and self-esteem.

If you pay attention, you’ll find that while your child whines a lot, he or she doesn’t whine all of the time. Focus on the positive and you’ll both feel better.

Be Patient – Whining Will Naturally Stop on Its Own . . . Eventually

Be patient.  From about  age 2.5 until about age 7 discipline requires a lot of repetition.  Since to discipline means to teach, you have a lot of teaching ahead of you and often times your precious pupil won’t understand the lesson on the first (or even the fifth!) go-round.  Your patience will go far to preserve your relationship with your child as he learns how to function in this big world.

If you’re the parent of a two year old, you should read my favorite series of books about ages and stages, which are the Your ____ Year Old books by Louise Bates Ames.  The 1/2 years (2.5, 3.5, etc) are notoriously difficult and are a time of disequilibrium for children.  Ames explains this stage of disequilibrium so well and includes what to expect and what to do about the common behavior issues that arise around the half-year mark. 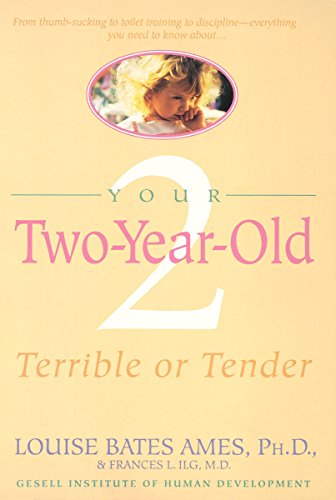