Before moving ahead to the next series of posts detailing each of the 16 types, I think it is important to focus on type dynamics and hierarchy of functions in the MBTI types.

Remember that Introversion and Extraversion refer to a person’s attitude of energy, or how they become energized.  Is a person more energized by time spent alone (Introvert) or by time spent with others (Extravert)?

The second functions of Sensing and Intuition show how a person gathers information.  Either primarily through the senses with a focus on what actually is (Sensing) or through intuition with a focus on possibilities (Intuiting).  These are known as the perception functions.

Here is where the MBTI can become confusing.  Bear with me as I attempt to break down the hierarchy of functions into something comprehensible.

As stated in the MBTI manual, 3rd edition:

In order to figure out which functions (Sensing, Intuition, Thinking or Feeling)  are dominant, auxiliary, tertiary, and inferior there are several steps one must take.

I will use ENFJ as an example.

If the explanation has you scratching your head, I made this handy chart that tells you what your dominant, auxiliary, tertiary and inferior functions are.  Please forgive the wonky formatting.  Getting this chart to post as cleanly as possible has taken me more time than writing the rest of the post has!

Read all of the posts in this MBTI series! 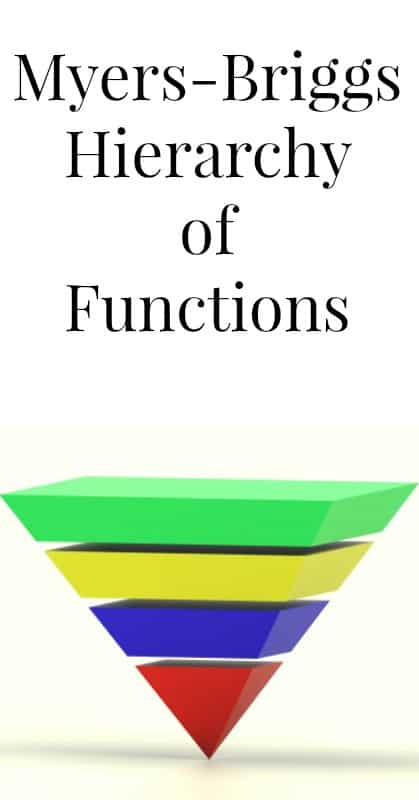