How to Stay Calm When Your Children Misbehave in Public

How to Stay Calm When Your Children Misbehave in Public

What to do When Your Child Misbehaves in Public

Not only can it be embarrassing when our children misbehave in public, but when we’re out and about we are usually trying to accomplish a task that would be easier to finish if our child would just save his or her bad attitude or big feelings for another time.

When our children misbehave in public we feel the combined effects of frustration and damaged pride.  We have to stop what we’re doing to deal with the behavior while we and our children are left open to judgement by on-lookers.

Parents Feel Pressured to Win the Battle in Public

I remember my oldest son’s first tantrum in public.  He was about 16 months old and hadn’t had too many tantrums at that point.  In other words, I was a newbie when it came to dealing with tantrums.  The tantrum was over a bag of bread that was at the top of the loaded grocery cart and within his reach from where he sat.  He reached it and immediately began to squish it.

It felt as if time had stopped and everyone on the aisle was looking at me to see if I would exert some control over my off-spring.  Not wanting anyone to think that I was at the mercy of this tiny tyrant, I told my baby-child that I was not moving the cart until he stopped screeching.

So, I parked that cart and waited.  And he tilted his head back and screamed.  A few air-raid-siren screams later, he won and I lost.  I pushed the cart quickly to the next aisle with my head down, avoiding the stares of strangers.

What must these people think of me?  I let him win.  To have other parents witness my lack of control over my child was mortifying.  I was angry with myself and angry with my child.  And truth is that if I had simply distracted him in the first place we would have gone peacefully on our way.  Live and learn.

Tips for Dealing with Misbehavior in Public

We want to avoid the embarrassment that comes with disciplining children in public places.  Sometimes we lose our values in the fear.  Here are some things I’ve learned about parenting in public:

Resources for Dealing with Tantrums 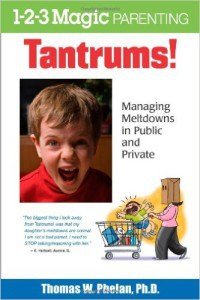 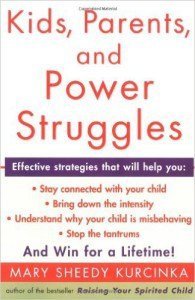 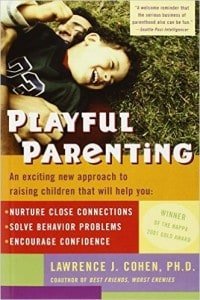 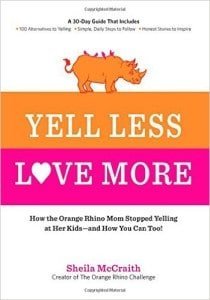