Editor’s Note:  This post was written by Tiffany from Mommy Methodology.  To find out more about Tiffany, please visit her website here and her contributor page here at Our Small Hours.  Be sure to follow Mommy Methodology on social media:  Facebook, G+ and Pinterest.

Living Under The Shadow Of Alzheimer’s

I’ve lived with a knowledge of Alzheimer’s for the last 35 years. As a young child, I remember my grandmother acting in increasingly uncharacteristic ways until she slid down the slope into complete mental oblivion.

Next to nothing was known about this neurological disease at the time. Even the prognosis of Alzheimer’s was so foreign that it was often referred to as “old-timers”. Causes were linked to cough syrup, which often times contained a codeine additive, and later to aluminum cans or Teflon coating on cookware. That was the extent of the information shared with families navigating this uncharted territory.

The lack of understanding did nothing to lessen the impact of the disease on our family, however; in fact, I’m sure the seeming obscurity only heightened the fear and feelings of isolation for my grandmother, my grandfather and their children who tried to act as auxiliary caretakers.

In my innocence as a child, I didn’t fully recognize the ramifications of the disease for the family. My cousins and I many times thought grandma’s forgetfulness was a good source of fun. It was so easy to play make-believe with her, that is until she decided she needed to inform the police of the strange little interlopers in her home.

The painful experiences of my mother and her siblings with their mother affected me most deeply as my mother lived with the specter of the disease. She felt intense anxiety over possibly suffering the same fate. She did not want to put my father or her children through the same heartache that she, her father, and her siblings endured. Any lapse in memory seemed to devolve into another reminder of her wish to be installed in a nursing home as soon as a diagnosis seemed imminent.

And now, all these years later I feel even more haunted by the insidious disease. It came to attention in the last couple months that there is an, even more, extensive family connection than I previously realized.

Not only did my maternal grandmother suffer from Alzheimer’s, so did my maternal great-grandmother as well as a maternal aunt. I began to wonder if there is something more to my own lapses in memory over the last few years than just pregnancy brain and mommy brain. The saying attributed to Mark Twain, “of all the things I miss, I miss my mind the most”, was no longer a joke.

Now, I felt a reason to seriously consider a possible genetic predisposition as well as any other risks factors. I wanted to know about natural remedies. And now that the disease is well documented, I wanted to know how families deal successfully with the impact of this disease.

Apparently, most Alzheimer’s disease is described as “sporadic” meaning it does not run in families. Familial Alzheimer’s is considered rare as it accounts for less than 5% of diagnosed cases.

Familial Alzheimer’s results from alterations in specific genes that are then passed from parent to child. There are three identified risk genes to date; the PS1, PS2, and APP genes. An alteration to any of these genes put a person at higher risk for early-onset Alzheimer’s. The presence of the APOE-e4 gene puts a person over the age of 55 at higher risk for developing the disease.

I am currently trying to determine if it behooves me have a test done for this genetic predisposition. A genetic test is possible but not entirely reliable. This is something I definitely intend to discuss with my husband and other close family members.

There are other risk factors outside of our control, with age being the leading factor. However, many of the other risk factors are modifiable, which I find comforting. This means I can reduce my personal risk by maintaining or improving my brain health.

For instance, if levels of Acetylcholine, a primary neurotransmitter involved with memory and learning, become low, a person becomes forgetful. There are many prescription and over the counter drugs that block the action of Acetylcholine and can cause levels to decrease. That knowledge is a good reason, in my eyes, to look for alternative forms of medicine for allergies, migraines or insomnia, among other issues, where possible.

Further areas of life for modification to lessen your risk of Alzheimer’s:

I made a special note of head injuries. Last year, I took a fall and banged my head up pretty bad. I actually damaged my skull. It is thought that head injuries can increase the risk for Alzheimer’s because the deposits formed in the brain after injury have been linked to dementia.

So now I know more fully the need to be brain fit, to live a healthy lifestyle, to steer clear of harmful toxins in our environment. It affects more than my physical well-being, it can affect my mental fitness as well. Raising small children gives me the added incentive to maintain a healthy lifestyle, and homeschooling them certainly affords plenty of activities to exercise my brain.

Brain-Boosting Activities to Lessen Your Risk of Alzheimer’s

There are specifically recommended exercises, though, to reduce risk. Research currently supports a few short brisk walks a week as improving cognitive function. Along the same lines, simple push-ups can increase blood flow to the brain and generate new brain cells.

Additionally, simply switching up your daily routine can stimulate inactive regions of the brain. Try using your non-dominant hand for everyday activities. And there is no shortage of brain-training games on the internet for fun cognitive tune-ups.

Natural Remedies to Lessen Your Risk of Alzheimer’s

Beyond exercise, our diet can impact our brain wellness. A healthy Mediterranean-style diet which includes nuts, pure olive oil, blueberries, and a daily glass of red wine is said to protect the brain. Since high blood pressure is known to age the brain, preventative stress measures through purposeful relaxation a few times a week is thought to be highly beneficial.

Some findings indicate that Folic acid may improve cognitive function. And DHA is especially good in that it fights the buildup of plaque related to Alzheimer’s and increases blood flow to the brain.

Impact of Alzheimer’s on Family Relationships

Despite steps toward brain health, there are currently an estimated 5.3 million Americans with Alzheimer’s. The number suffering as directly associated with the disease increases exponentially when you consider the family members of those 5.3 million. Alzheimer’s is referred to as family disease because the slow deterioration of the mind and body of a person with Alzheimer’s affects everyone in the family. Everyone grieves the loss of the person they once knew and loved.

For couples, the impact of the disease is especially mournful. Think about the change in roles. It can be a challenge for the one assuming additional roles as well as for the one passing the baton. The loss of equality can feel demoralizing to the person with Alzheimer’s, and for the caregiver, it can feel an overwhelming task. Then in the middle stages, there is the challenge of unpredictable behaviors. And the spouse with Alzheimer’s gradually loses their capability to recognize or maintain any sort of intimacy.

For parents still raising a family and suffering the early onset of Alzheimer’s, there is an added dimension of fear and pain in knowing your role as a parent will change quicker than you anticipated. One recommendation I found especially striking, made by the Alzheimer’s Association, was to record, either in written word, voice or video, messages to your children for different milestones in their life that you may miss due to the disease.

Through all my research I was particularly impressed with the resources compiled by the Alzheimer’s Association. There is an entire portal dedicated to educating and helping kids and teens cope with the grief, confusion and anxiety they may feel when someone they love is diagnosed with Alzheimer’s.

As the population in the United States ages, every 67 seconds someone develops the disease and Alzheimer’s is becoming a more common cause of death. Unfortunately, it seems this disease is set to define our times, but maybe through awareness, education, and risk reduction, more of us can keep it from completely defining our lives. Maybe we can come out from under the shadow of Alzheimer’s. 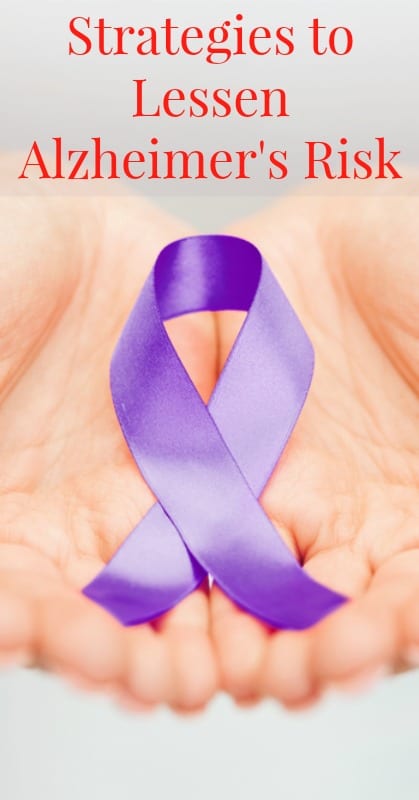